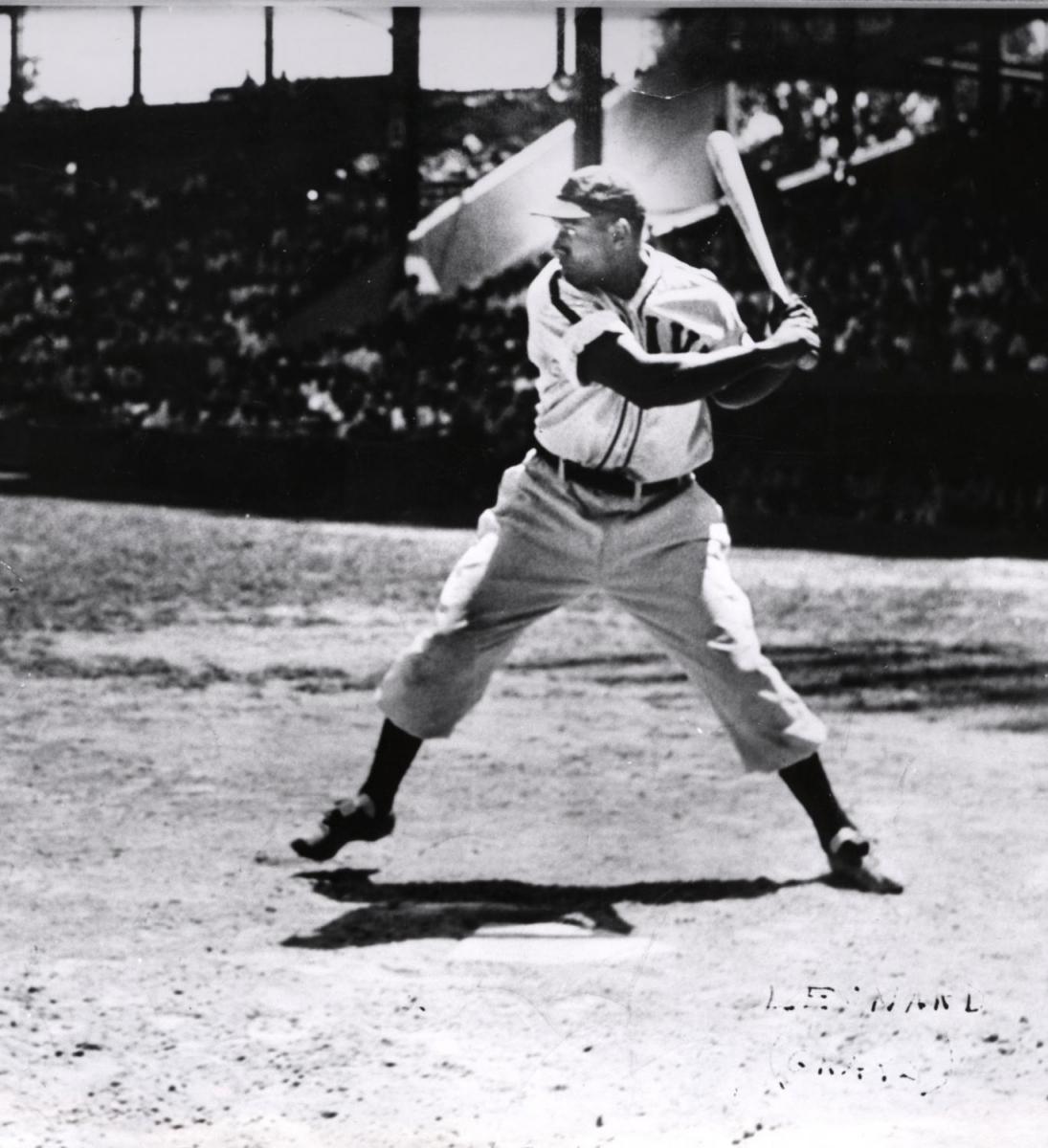 "Adversity," by definition, means “a state or instance of serious or continued difficulty or misfortune.” Born in Rocky Mount on September 8, 1907, the boy who became known as Buck Leonard was familiar with the term.

He also excelled through it.

Buck Leonard’s birth certificate read Walter Fenner Leonard, but his parents called him Buddy, a nickname his younger brother mispronounced as “Bucky”—a moniker that stuck. After their father passed away during the flu pandemic of World War I, 11-year-old Buck, one of six children, picked up after-school jobs to provide support for his homemaking mother and family.

After eighth grade, Leonard chose to feed his love (and talent) for baseball full-time. He eventually played semiprofessional ball as a first basemen. **

“Buck Leonard was as smooth a first baseman as I ever saw,” said booking agent Eddie Gottlieb. According to Ralph Berger, a biographer with the Society for American Baseball Research, “In the Negro National League, first basemen were often the clowns of the teams. They would make all kinds of contortions and grimaces, anything that would entertain the fans. Not Buck Leonard. He was strictly a baseball player. There was no need for him to act the clown.”

Due to segregation policies in the United States, African Americans were not accepted into the major or minor leagues at the time, so Leonard played for teams that operated with black players.

He signed with the Brooklyn Royal Giants, a team in the the Negro National League, in 1933, then went on to achieve national and international recognition after joining the league’s Homestead Grays, one of the greatest professional baseball teams of all time, in 1934. While playing with the Grays, the team won nine championships in a row. He and his teammate, and good friend, Josh Gibson, consistently finished each year with the first- or second-most home runs. The two became known as the “Thunder Twins” because of their undeniable talent and chemistry.

While on city tours, racism caused difficulties for Leonard and his teammates. In some towns, they were unable to find accommodations for the evenings, often having to settle in lower-income hotels known for having bedbugs. “As soon as the lights would go out there, the chinches would come out,” Leonard once recalled. “We used to get newspapers out and spread them on the bed and sleep on top of them. The bedbugs couldn’t crawl up on the paper.”

Leonard was voted onto East-West All-Star squads (the annual all-star game for Negro league players) 12 times, and “was the equal of any first baseman who ever lived,” said hall of famer Monte Irvin. “If he had gotten the chance to play in the Major Leagues, they might have called Lou Gehrig the white Buck Leonard.”

Following World War II, calls for integration in baseball led to the signing of Jackie Robinson—who left the Kansas City Monarchs of the Negro National League for the Brooklyn Dodgers—in April 1946 and to the demise of the Negro National League after the 1948 season. When the Grays franchise folded in May 1951, Leonard was finally offered an opportunity to sign with the major leagues; he declined, admitting that he was too old at that point though he did wish he could have shown a larger audience what he could do. Instead, he retired, then played in the Mexican leagues from 1951 through 1955.

At the age of 52, Leonard was finally able to receive his high school diploma. He was elected to the National Baseball Hall of Fame in 1972, the second year that African American players were allowed. He died in his hometown on November 27, 1997, at the age of 90.

In 1999, The Sporting News ranked Leonard number 47 on the list of 100 Greatest Baseball Players of the 20th century. He had faced racism, prejudice, and adversity, but a historical marker now honors him in Rocky Mount, and he has a street named after him. Adversity never slowed him down or broke his spirit; it only pushed him to become that much greater.

(**While most sources indicate that Leonard dropped out of school at 14 because there was no school for African Americans in Rocky Mount, an article by Ernie Murray describes in detail the local school that was available to Leonard in 1921.  Therefore it is most likely that he dropped out of school to help support his family.)