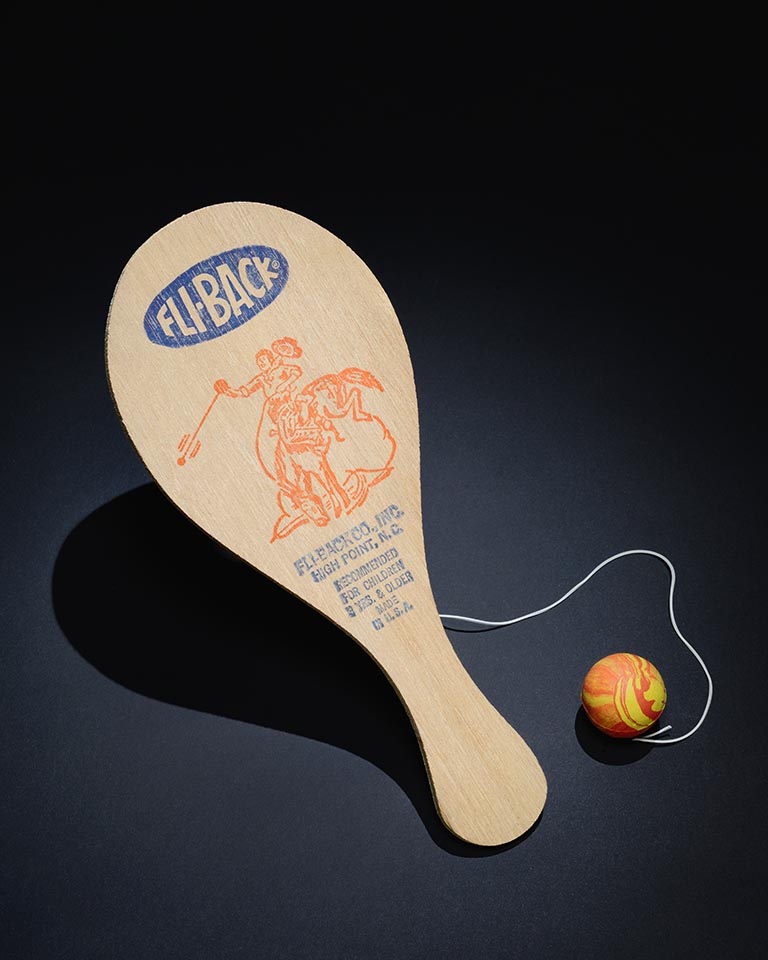 Have you ever played with a paddle ball?  It takes dexterity, coordination, and a lot of patience to keep the little red rubber ball continuously hitting the paddle.

But did you know that the toy became popular thanks to a High Point, North Carolina toy company?

While versions of the paddle ball had been around since the 1920s, it took James Emory Gibson and his Fli-Back toy company to really make the toy a hit!

Gibson was inspired when his daughter brought home a primitive version of the paddle ball she had received from a local ice cream store.  This gave Gibson an idea: he could manufacture paddle ball toys easily and sell them cheaply.  So, in 1931, Gibson started the Fli-Back company and soon began making toys as a means to earn additional income during the Great Depression.  Eventually, the company went on to sell other toys like yo-yo’s, rubber balls, and many others. 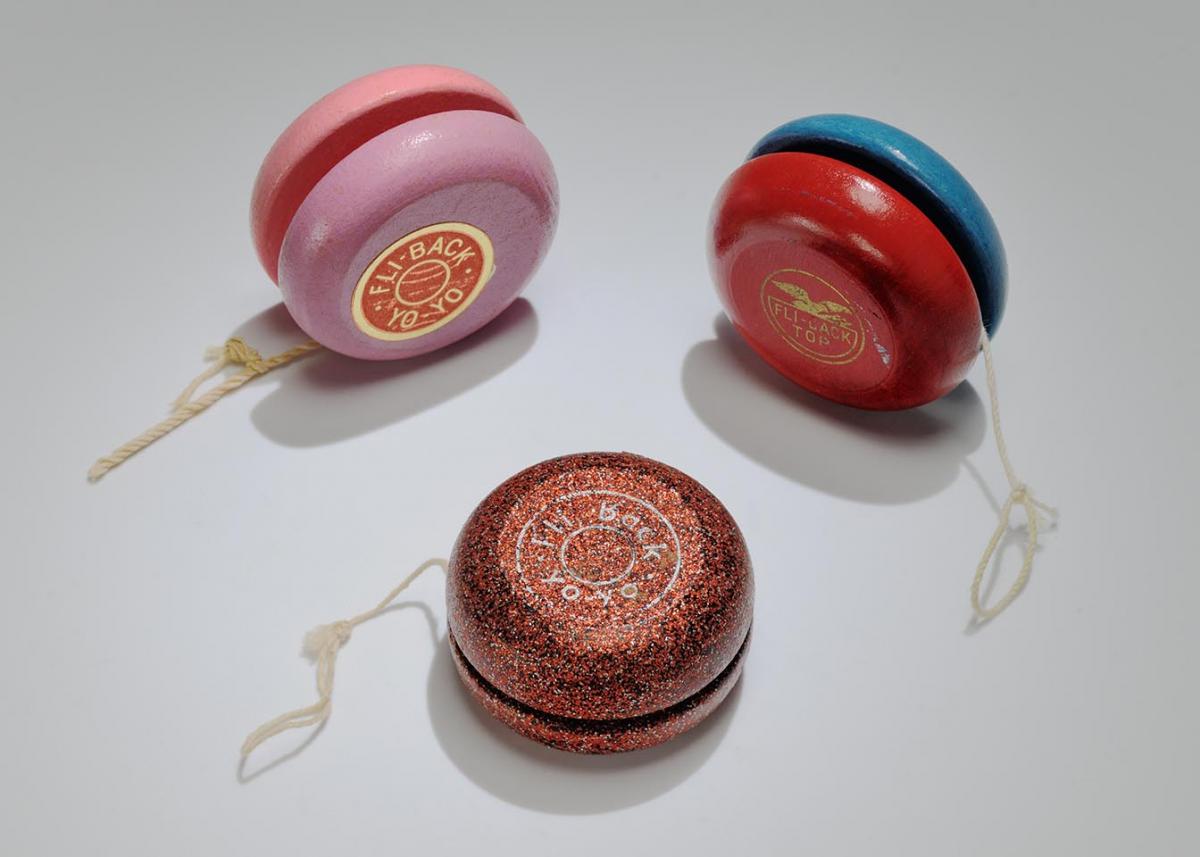 During World War II, the Fli-Back company employed women, both black and white, to help with production.  Following the war, the company continued to hire African Americans at an equal pay rate.  A rarity for the time!

Although the company continued to thrive throughout the 1950s, things took an unfortunate turn in 1963 when the company’s new president, Emory Gibson, Jr. died unexpectedly at the age of 43. The company was eventually sold in 1972.

But next time you see a paddle ball toy begging to be mastered, thank James Emory Gibson and North Carolina’s own Fli-Back toy company!

*To see some of Fli-Back’s toys, visit our exhibit, Toy Boom, a toy exhibit focusing on Baby Boomer toys.