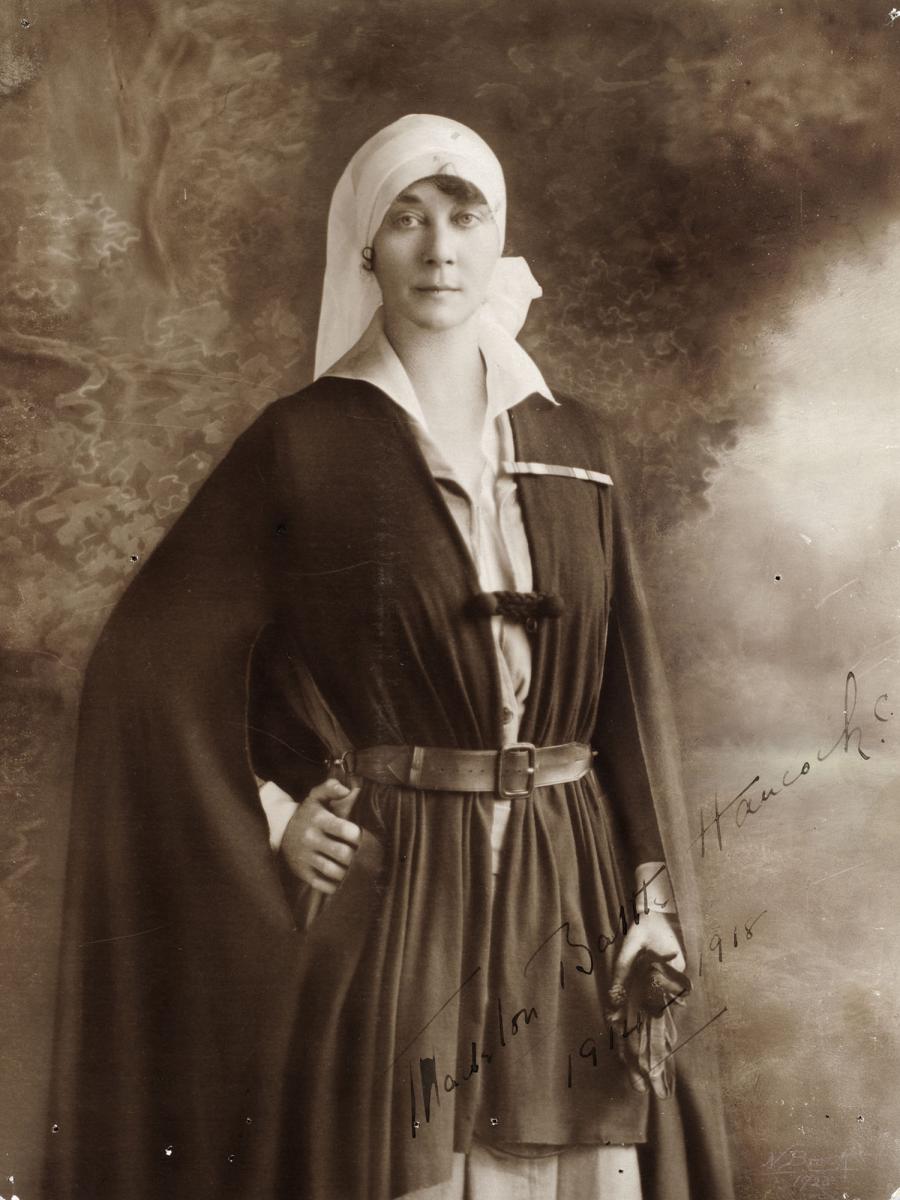 Madelon was born in Pensacola, F.L., Aug. 30, 1881, and grew up in Asheville. Her father was a Navy surgeon from a prominent Rocky Mount-area family, Samuel Westray Battle. Madelon attended St. Mary’s School in Raleigh and then went to nursing school in New York, where she met Mortimer Hancock, an officer in the British army; the two were married in 1904.

Madelon seems to have been a touch on the adventurous side, and also quite the animal lover. Among her scrapbooks are photos of her with exotic animals, some of which she took as pets, and a New York newspaper recounted a bit of a stir she caused when her pet rat got loose in the parlor of one of the city’s finer hotels. Another story passed down in her family recounts Madelon disguising herself as a dancing girl in order to gain entrance to the Officers Club at one British military installation in India; suffice it to say, her husband was not pleased when he recognized her.

Within days after Great Britain declared war on Germany in August 1914, Madelon was working as a nurse at a military hospital in Belgium. For the next four years, she served at hospitals in Belgium and France, caring for wounded from both sides, witnessing unspeakable horrors and surviving several artillery barrages and poison gas attacks. Toward the end of the war, she wrote home:

I am on night duty again and alone and we get 39 and 49 [wounded] in a night, all to be washed and their dressings done besides treatment for most of them and by morning I am like a resurrected corpse. I really never was so tired in my life. We all are…Four years of this has about finished me in every way. I think everybody feels the same. Worn out mentally and physically. We have lots of German wounded…Such nice mannered boys most of them. I was so surprised and our wounded are good to them, waiting on them and talking to them. Poor devils, they don’t want to fight any more than our soldiers do.

When wounded soldiers, regardless of nationality, came into the hospital, nearly all of them in some fashion looked to the nurses for strength. Although she confessed that she was at her emotional breaking point on numerous occasions, Madelon never once broke under the strain and maintained a strong front for the young men. Her always cheery demeanor earned her the nickname “Morning Glory” from some of her wounded British charges, and it was a name she enthusiastically adopted – literally, as she went by the name “Glory” Hancock for the rest of her life.

In recognition of her devoted work caring for perhaps thousands of wounded soldiers and enduring enemy fire, Madelon received a total of 12 decorations from three countries – Great Britain, Belgium, and France – making her not only the most decorated nurse of the war, but the most decorated woman in history at that time. Today, those medals reside in the NC Museum of History and help to tell Madelon’s story. 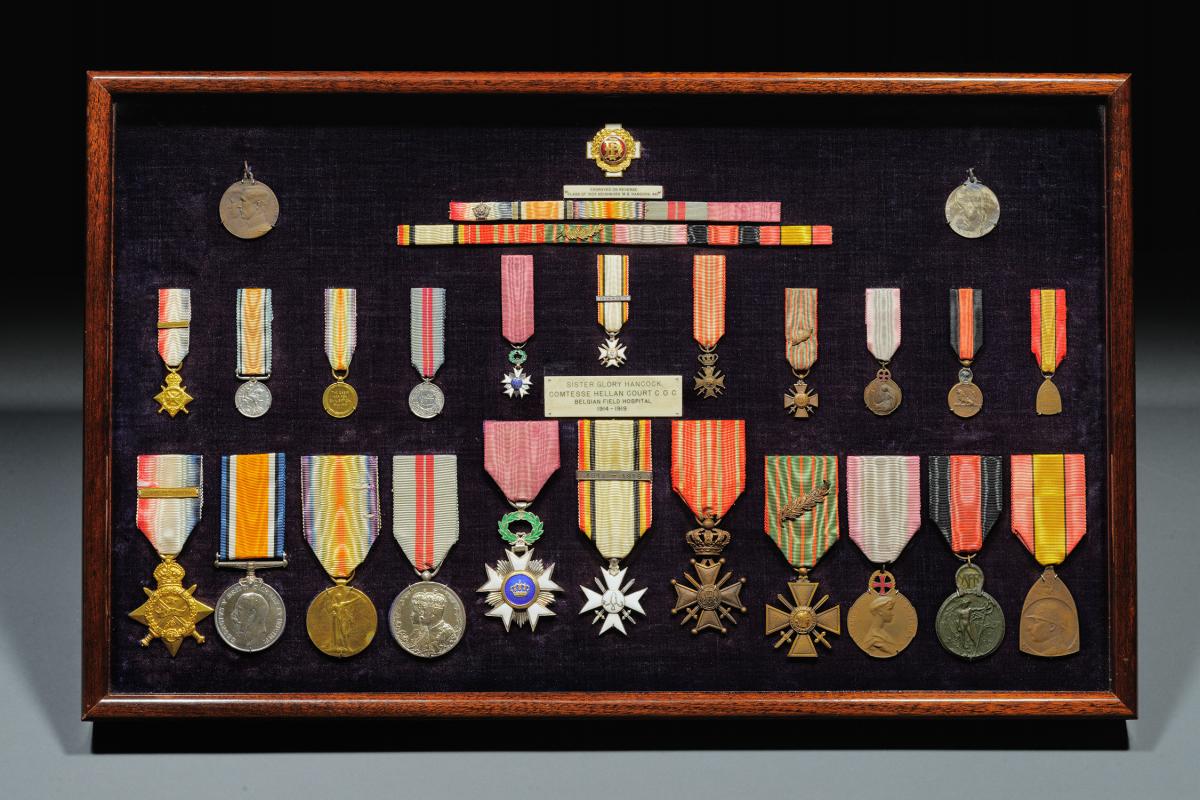 After the war, she made at least one return trip to North Carolina to visit family and friends. She and Mortimer had one son, Westray Battle Hancock, who served in the British army during WWII. Madelon died in France Sept. 30, 1930, and is buried in Nice.