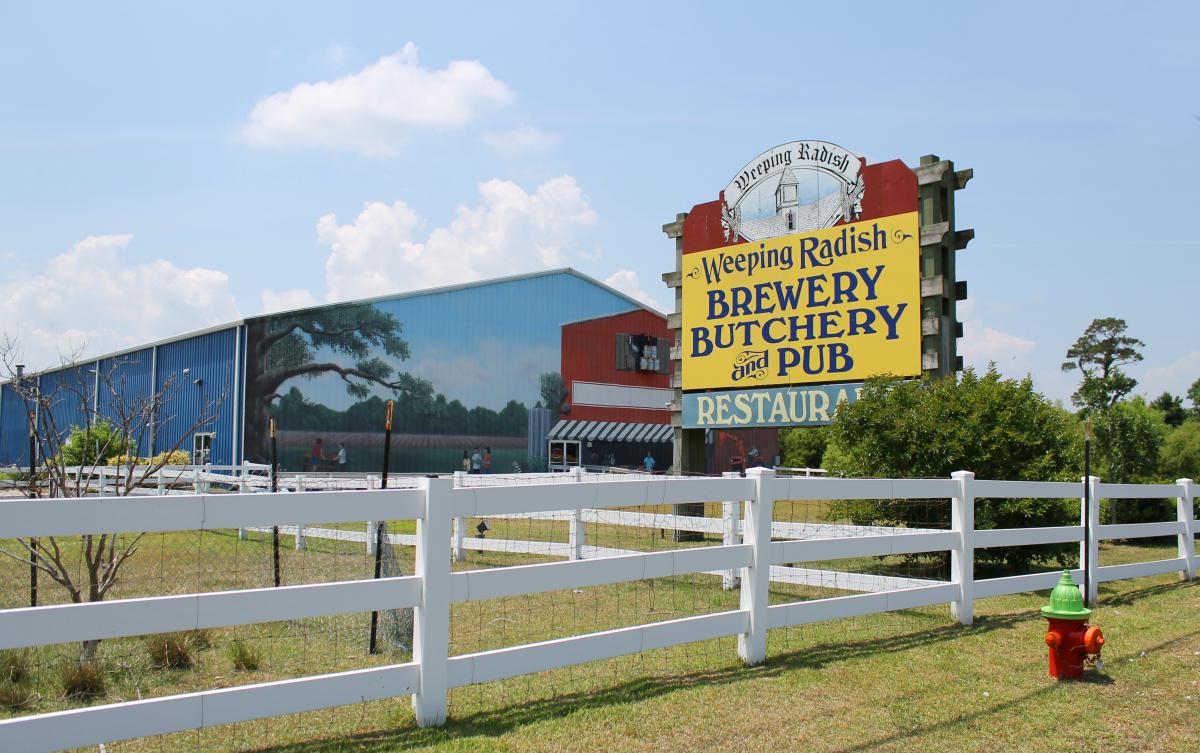 With over 300 breweries in North Carolina, it's almost impossible to believe that less than 35 years ago, the state outlawed them. Before 1985, it was illegal in North Carolina for a brewery to sell beer directly to a consumer.

Growing up in Bavaria, Bennewitz moved to Manteo, North Carolina in 1980 to avoid the possibility of Communists seizing his property. He set out to transform 9,000 acres of swampland in Hyde County into a viable farm, no easy task.

After a few years, he was successful in doing so, and as fate would have it, Bennewitz received a phone call from his brother, Erik, who was living in Munich. Erik informed his brother that there was equipment available from a failed brewery in Bavaria, and he wanted to know if Uli was interested in acquiring it.

Uli excitedly jumped on the opportunity before realizing his new home didn't yet have the same mindset as his European roots.

Complying with the law, Bennewitz spoke with multiple legislators, pleading his case about allowing brewers to sell beer to the public.

Eventually, the bill did pass; Uli Bennewitz had just made it possible for brewpubs and breweries to operate in North Carolina!

In 1986, Weeping Radish opened its doors to the public in Manteo, at a time when there were less than 100 breweries in the United States!

On their website, Weeping Radish states they have "brewed beer according to the Bavarian Reinheitsgebot Purity Law of 1516 which states that beer must be brewed using only four ingredients: Hops, Malt, Yeast and Water. No additives, chemicals or preservatives may be used."

Weeping Radish has since relocated from Manteo to Grandy, North Carolina and has expanded to include a butchery.