Life in Death: Ronald E. McNair’s Inspiration on My Life 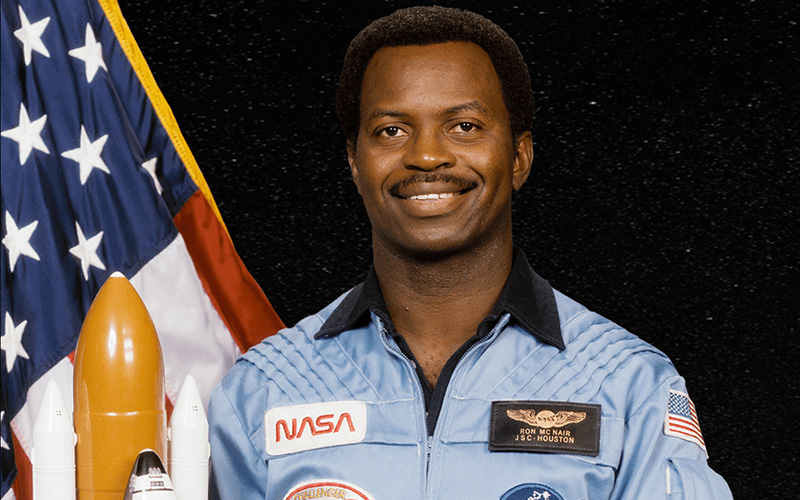 Ronald E. McNair came into my life just as his was ending.

I sat on the floor of my babysitter’s home watching television the morning of January 28, 1986. The Chicago Bears had won the Super Bowl the weekend before, my mother gave birth to my brother two days prior and students in Philadelphia, as in other locations around the country, got out of school early to watch the shuttle launch take a teacher into space. The video of the shuttle crew entering the vessel played repeatedly in my head as I focused on the one person who looked like me. Also, because we were required to write daily journal entries to be read aloud in my first-grade class, I wanted to make sure I marked the day a teacher made it to space.

I had no idea what was in the works for me.

Plombs of steam bubbled from under the external engines as the countdown approached liftoff. I gazed at the television, the speakers crackling from the bass of the rocket boosters. Inside, I cheered as the shuttle soared into space, still paying close attention to what I was witnessing. And then, a voice from inside the shuttle reported back to mission control, “Throttle up.” I figured that meant they were really going to increase their speed, so I watched even closer, noticing that there was a bright glow coming from one of the boosters.

The crackling from the television speakers was loud as the shuttle was ripped into thousands of pieces, descending into the waters below from large clouds of smoke. At 7 years old, I was experiencing death for the first time, though my future was just beginning. 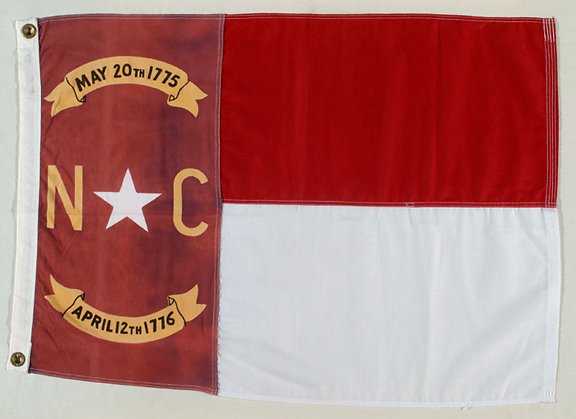 Image: This North Carolina flag was recovered from the ocean's surface after the explosion, with the field changing colors due to a chemical reaction.

Killed along with McNair was Michael J. Smith, a Beaufort, North Carolina native, Dick Scobee, Ellison Onizuka, Christa McAuliffe, Gregory Jarvis, and Judith Resnik. A day later, my teacher had us read aloud the journal entries from the previous day. I detailed the final moments of the Challenger explosion and following class, my teacher told me, “With that much attention to detail, you should consider being a journalist.”

My eyes were set on something higher.

Blazingly fast airplanes soaring through the sky have always caught my attention, so when it came time to select a junior high school, I went with the one that could get me above the clouds. Coincidentally, the aviation program was in the Beeber Wynnfield Alternative Program, which of course was held in the Ronald E. McNair building.

I remember attending the open house, learning about the aviation club and thinking, “If retired Tuskegee Airmen are helping the students in a building named after a black astronaut, this is the place for me.”

I spent the next three years learning the fundamentals of flight, aeronautics and mechanics. Our club even went on several flights on small private planes. I was well on my way to becoming the next Ronald E. McNair.

That was until I outgrew the cockpit and football called my name.

Through the whistles, grunts and thuds of colliding pads and helmets, the hum and pitch of airplanes soaring over practice and game fields always caught my attention.

Where is that plane going? How many passengers are onboard? How much fuel are they using?

These are the questions that raced through my head between run and pass plays. Aviation and more specifically, Ronald E. McNair, have always been on my mind. Not only did I have the opportunity to witness his last flight and attend a school bearing his name, I got to walk across the same college campus he attended.

“Aggie Pride” is a common greeting between contemporaries from North Carolina Agricultural and Technical State University in Greensboro, N.C. It could be the pride of being at the school or the pride we Aggies feel when one of our own succeeds in their field of study. A bust sits idle in a field adjacent to the engineering building bearing the name, Ronald E. McNair. Not knowing much about where he spent his undergraduate years, I was astounded that I crossed paths again with the man who essentially shaped my life through his death. 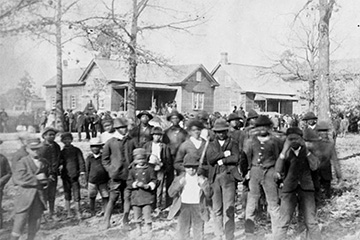