Most students of the American Revolution know of the December 1773 Boston “Tea Party.” That’s when a group of men dressed as American Indians boarded an English merchant ship in December and tossed its shipment of tea into the harbor. Their action was in response to a series of acts by the British Parliament, beginning with a 1767 tariff on goods imported from England to America. The colonies immediately embargoed (or blocked) British goods, which forced a repeal of the tariff laws in 1770. But Parliament then renewed its tariff on tea in 1773. American colonists refused to pay the tea tax and placed an embargo on tea and further demonstrated their annoyance with the “tea party” event.

The Boston Tea Party sparked an angry response from Great Britain. In June 1774, Parliament passed punitive laws against Boston, which became known to those opposed to them as the “Intolerable Acts.” Boston Harbor was closed; meetings in Massachusetts were banned; suspected American offenders were to be tried in Britain; and the colonists were forced to quarter British troops garrisoned in their homes. The colonies were outraged with Parliament and began to organize to resist the British authorities.

North Carolinians joined in support with the other colonies in opposing the government’s retaliatory measures against Massachusetts. In August 1774, North Carolina’s First Provincial Congress met in New Bern and passed resolutions outlining their opposition to Parliament’s Acts and electing delegates to a Continental Congress. The resolutions called for nonimportation of British goods.

Another North Carolinian took note of these resolves. Penelope Barker of Edenton was a wealthy widow whose second husband, Thomas Barker, served as an agent for the North Carolina colony. In the late 1760s, he sailed for London and because of the Revolution and the British blockade of American ports, remained there until 1778. Penelope Barker managed their estate and plantations on her own. With the drive toward independence growing, Barker had to make careful consideration of where she, and by extension, her family, and their future loyalties would rest. Her choice was boldly made.

Noting the actions of the First Provincial Congress, Barker led 51 women in Edenton in drafting and signing an October 25, 1774, resolution stating their refusal to import British tea or clothing. The resolution was sent to England, but also was noted in the colonies.

Acknowledging the actions of the First Provincial Congress, the resolution states that the women will “do everything as far as lies in our power to testify our sincere adherence to [not import British goods]; and we do therefore accordingly subscribe this paper, as a witness of our fixed intention and solemn determination to do so.” The resolution was printed in the November 3, 1774, edition of the Williamsburg paper, The Virginia Gazette and was sent to London as well.

On January 16, 1775, the Morning Chronicle, and London Advertiser reported on the actions of the women and included a rude caricature depicting the women in a quite unflattering way. 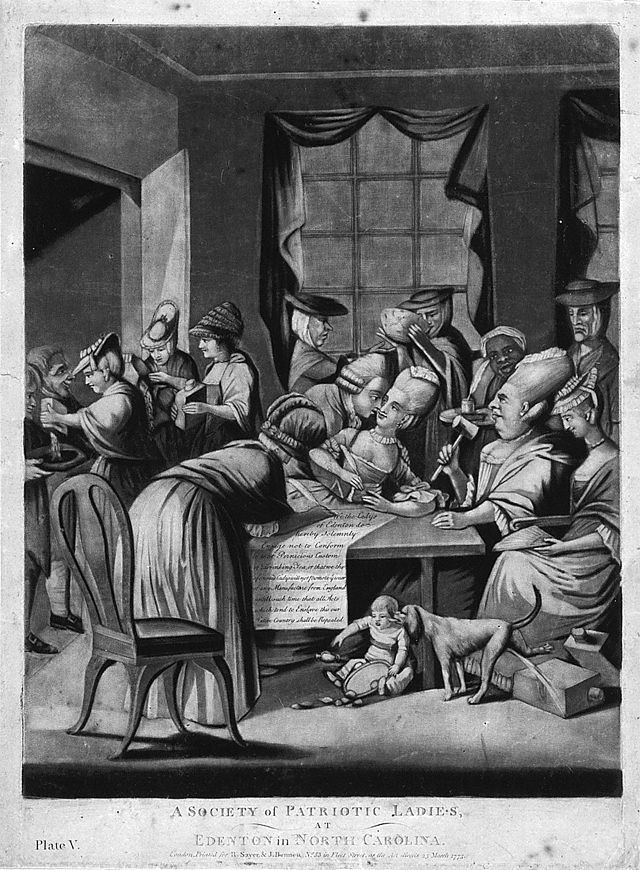 Image: "A Society of Patriotic Ladies at Edenton in North Carolina." Credit: U.S. Library of Congress

In later years, the radical action taken by these women was recast as an actual “tea party,” and so it is usually referred to as the Edenton Tea Party. But it is more probable that their political organization and demonstration did not happen at a single gathering, with or without tea.

Still, when Penelope Barker made the rounds of Edenton, gathering support from local women for the resolution, she may have had one of her last sips of pre-Revolution tea brewed from leaves stored in the Bonner family tea caddy, which is in the museum’s collection. Mary and Lydia Bonner were signatories to the agreement. But don’t take our word for it: watch as this artifact tells its own story in our short film, Artifact Chitchat. 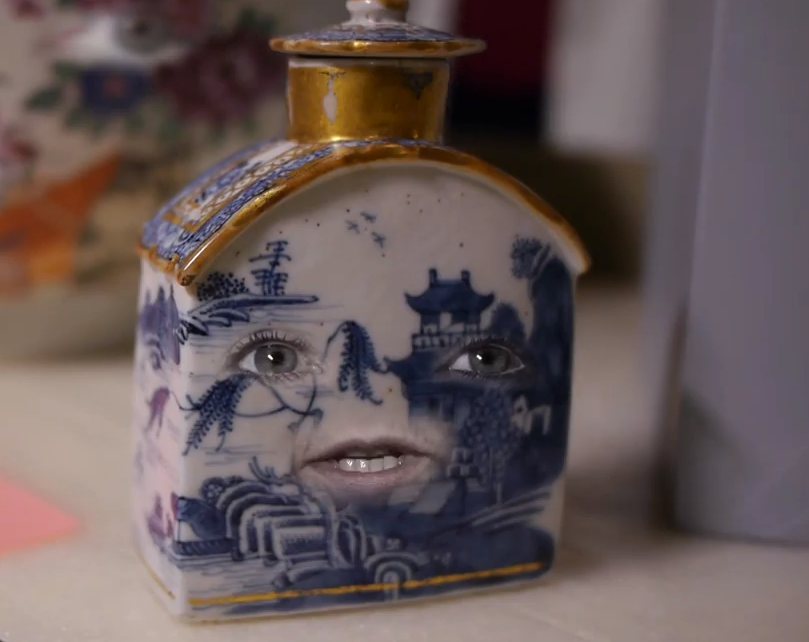 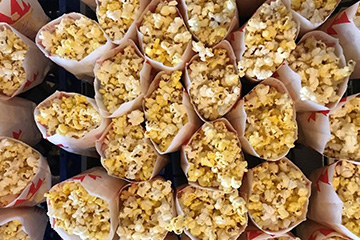