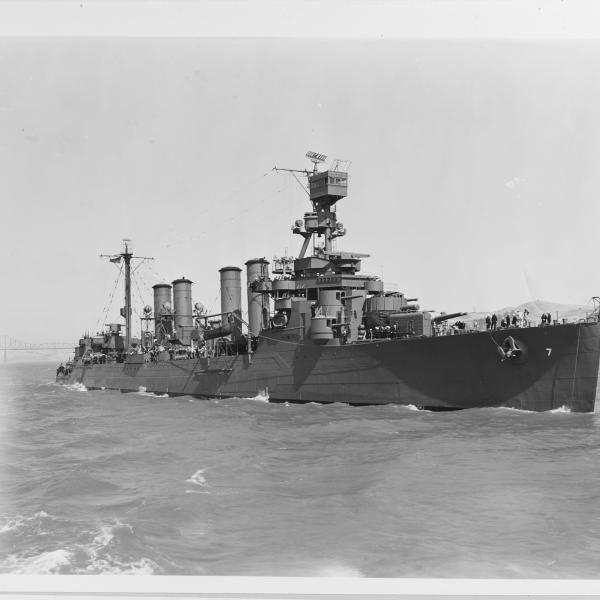 In the early 1900s, the United States found that its battlefields would no longer be on American soil, as they had been in previous centuries, but in other parts of the Americas, in Europe, in Asia, in Africa, and on the high seas—the country had emerged as a major world power. And just as its citizens had done in previous conflicts, North Carolinians answered the nation’s calls to service. For many, that service had a profound impact on their lives.

This free exhibit, produced by staff members of the North Carolina Museum of History, will lead visitors on a voyage of discovery related to the military experiences of those North Carolinians. Moving through time, visitors will learn about the lives of soldiers during each conflict—from the Spanish-American War (1898) through World War II (1941–1945)—using a series of artifacts, vignettes, graphics, video clips, and oral histories.

Artifacts in the exhibit will include 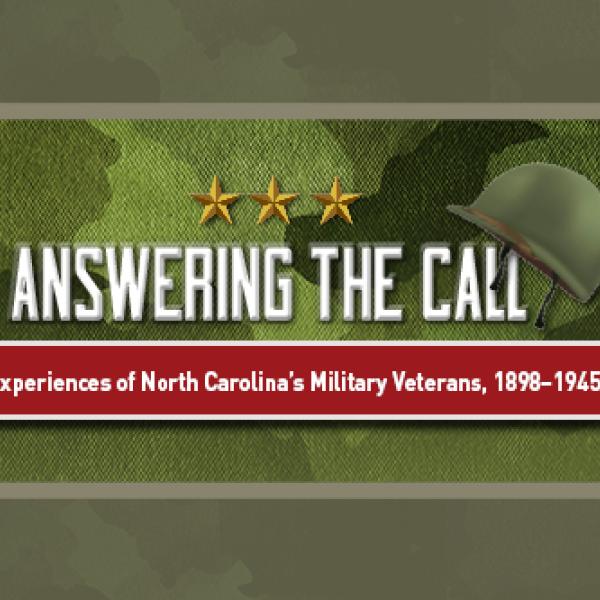 Media elements of the exhibit will feature:

Other highlights of the exhibit will include historical film footage; “lift-the-backpack” interactive stations; and environmental vignettes that depict WWI trenches, a WWII medical-aid station on Corregidor (Philippines), and the beach at Iwo Jima.

“Rather than retelling the military and political history of each conflict, Answering the Call focuses on the individuals who became involved,” stated Charlie Knight, curator of military history at the museum. “Seeing how everyday people got caught up in major national and world events provides a much more human connection between museum visitors and the past. The conflicts and time periods in large part are simply a backdrop—the people take center stage.”

“The goal is to make this exhibit more than just guns and places on a map,” Knight continued. “We worked to put a human face—a North Carolina face—to our military story. These efforts may have taken the form of a short biographical panel, a video with actors retelling a person’s story, or audio clips of veterans themselves recounting their experience.