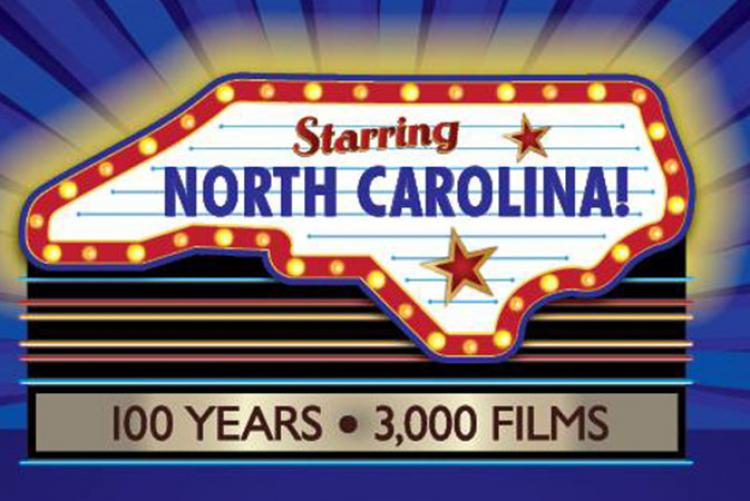 Starring North Carolina! is the first major exhibit about the state’s role in the film industry. The N.C. Museum of History in Raleigh presents this blockbuster exhibit celebrating North Carolina’s films, television shows, cast members and production crews. The museum is a Smithsonian Affiliate.

Through Sept. 7, 2015, see costumes and props from movies and television shows: Bull Durham, Last of the Mohicans, Teenage Mutant Ninja Turtles, Dawson’s Creek, Sleepy Hollow and dozens more. Learn how the Tar Heel State became one of the nation’s top film and television production locations and home to the largest film studio outside of California ─ EUE/Screen Gems Studios in Wilmington.

Starring North Carolina! tells a fascinating story that spans 100 years,” says Camille Hunt, Exhibit Team Leader. “Some 3,000 films and television programs have been made here, beginning in the early 1900s with silent movies that were shot in western North Carolina.”

North Carolina’s movie scene changed dramatically in the 1980s, when producer  Dino De Laurentiis arrived to film Firestarter, based on a Stephen King novel. He liked the area so much that he decided to build a studio in Wilmington, thus launching the path to “Hollywood East.”

Since then, hundreds of major motion pictures, independent films, made-for-TV movies, television shows, and documentaries have been filmed across the state. North Carolina is home to thousands of professional crew members that make these films happen, and many actors have strong ties to the state

In Starring North Carolina!, visitors will see not only costumes and props, but original scripts, movie clips, images, memorabilia and more that bring the state’s story to life.

This sampling of items with ties to North Carolina films provides a glimpse of what the 8,000-square-foot exhibit offers.

Visitors to Starring North Carolina! also can explore the history of early filmmaking and learn about the many ways North Carolinians have watched and continue to experience movies.

“The Museum of History is proud to be able to produce this captivating exhibit on the history of the film industry in North Carolina, an industry that has been so important to our state,” notes Ken Howard, Museum Director.