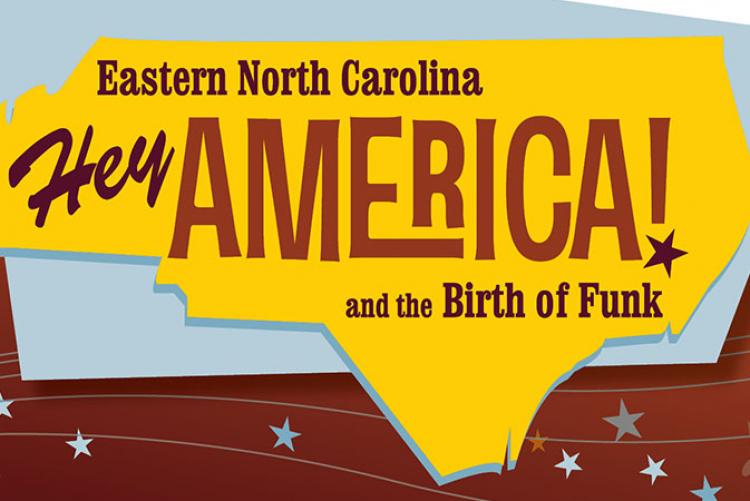 Bring on the funk! A new genre of American music, called funk, emerged during the mid- to late 1960s. Musical genius Nathaniel “Nat” Jones of Kinston and other African American musical pioneers from eastern North Carolina helped to create funk when they joined up with James Brown in 1964. They helped transform Brown into the icon known worldwide as the “Godfather of Funk Music.”

At the N.C. Museum of History in Raleigh, an exhibit case, titled Hey America!: Eastern North Carolina and the Birth of Funk, features seven items associated with Brown and some Tar Heel musicians who worked with him.* The exhibit is on view now through Sunday, February 28, 2016, in the museum lobby. Admission is free. 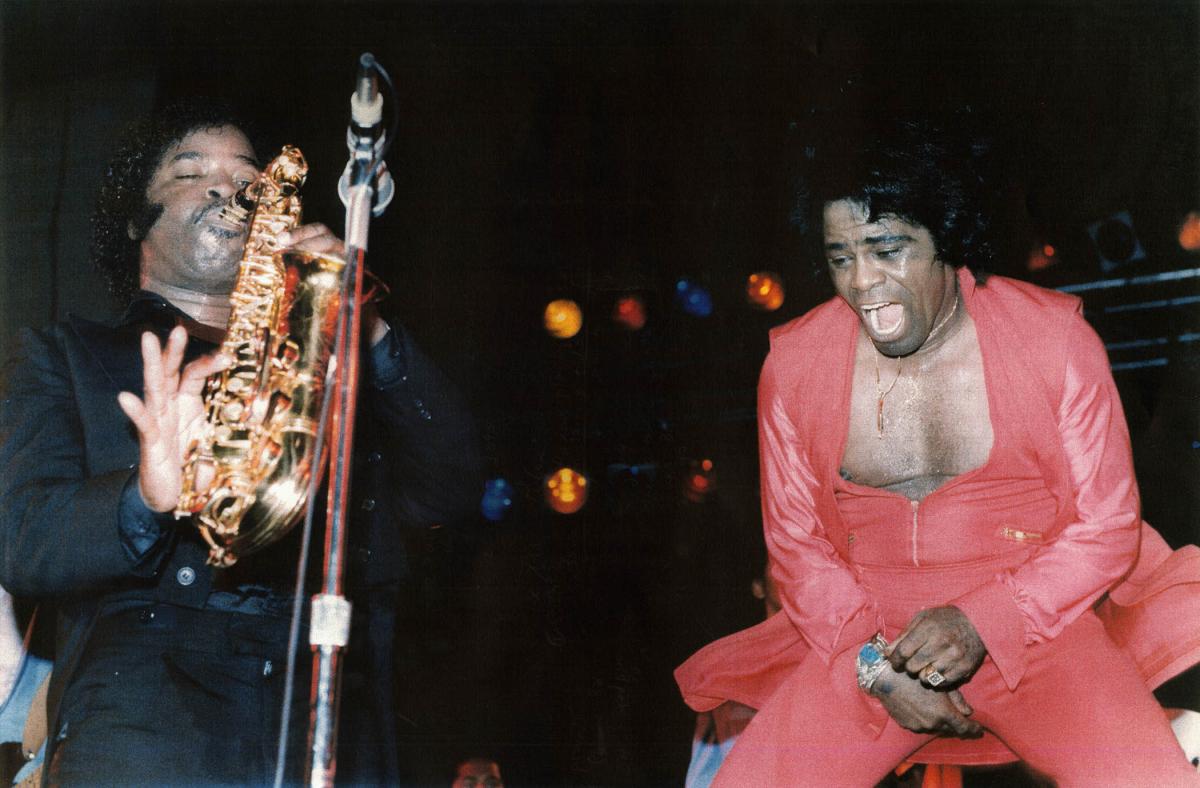 Maceo Parker (left) and James Brown during a 1985 performance. The saxophone in the photograph is on view in the exhibit case Hey America! ​

To complement Hey America!, Sam Lathan, who played with James Brown and the Famous Flames, and Dick Knight, who performed with the James Brown Orchestra, will present programs in June. (Knight will be joined by Bill Myers.) More than 50 years later, these Tar Heels are still going strong! In August, Tyrone Jefferson, who served several stints as Brown’s music director from 1979 through 2006, will lead a master class and give a performance.

Between 1964 and 1967, Jones led the group and wrote many of the singer’s hit records. The director and musicians developed the rhythmic new form of music that combined elements of bebop jazz, soul music, and rhythm and blues. The orchestra, in combination with a performance by Brown, “brought the funk.”

“The funk genre diverted Americans from the complex racial issues of the 1960s and brought them together,” said Earl Ijames, Exhibit Curator. “Brown’s 1964 album ‘Grits & Soul’ embodied the spirit of the Civil Rights Act and gave African Americans and whites the push to integrate willfully — by dancing.”

The exhibit case title, Hey America!, was inspired by a Christmas song written by Jones. Learn more about this song and others in Hey America!, and see the following items.

In addition, you can hear eight songs that Brown recorded, such as “It’s A Man’s, Man’s, Man’s World;” “Superbad, Superslick;” and “Make It Funky.”

Visit Hey America! and find out what Maceo Parker meant when he said, “Some music is listening music, while other types of music may be more reverent. . . . But our music makes you dance to the rhythm and bring the funk!”

Hey America! was inspired, in part, by African American Music Trails of Eastern North Carolina, a guidebook produced by the N.C. Arts Council, an agency of the Department of Cultural Resources. Access www.AfricanAmericanMusicNC.com for more information.