Find out about the lives of the people who inspired the statues that greet you. 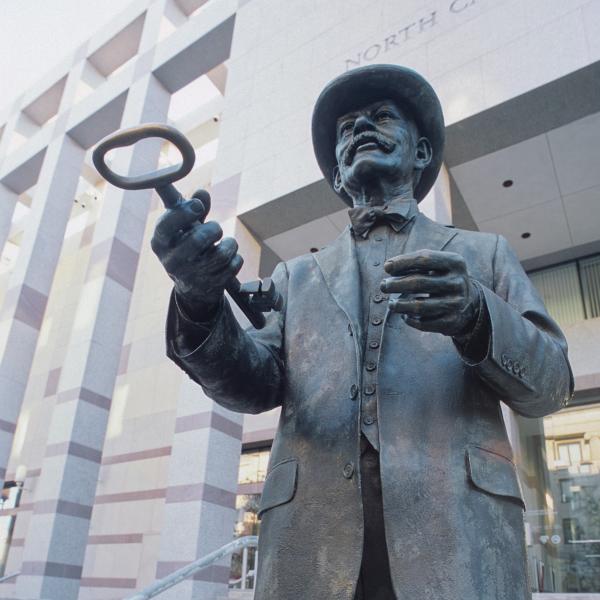 Fred Olds was the father of this museum. As a journalist in the 1880s and 1890s, he wrote newspaper stories about North Carolina's history. Olds asked readers to bring him their artifacts from the state's past. He amassed nearly three hundred objects, the basis for the Hall of History, which opened in 1902. For the next thirty-two years, Olds ran the museum. He visited every county in the state at least three times and collected almost 30,000 artifacts. Some of Olds's prized items (such as the alleged Blackbeard bottle) are probably not authentic. Others (such as the "box of rocks") seem downright strange today. But Fred Olds collected many genuine historical treasures and interested hundreds of people in the state's history. His legacy lives on in the modern North Carolina Museum of History. 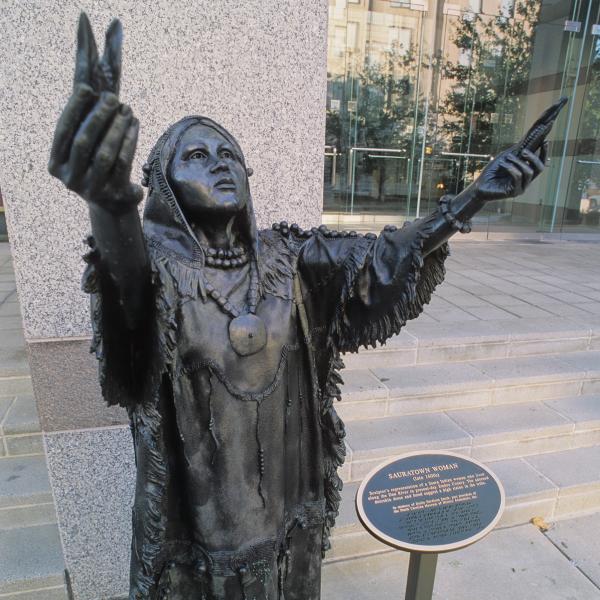 This seventeenth-century Native American woman was a member of the Saura tribe, who lived along the banks of the Dan River in Piedmont North Carolina, and Virginia. The Sauratown Woman was forensically reconstructed from archaeological remains found at the village of Upper Sauratown in present-day Stokes County, North Carolina. Anthropological analysis indicated that the Sauratown Woman was approximately 18 to 21 years old, stood five feet two and a half inches tall, and weighed approximately 120 pounds. Historical and scientific research indicated a costume comprised of a hood, dress, and possibly moccasins, made of brain-tanned deerskin, sewn with sinew, and embellished with multicolored glass trade beads, wampum, and brass hawk bells, triangles, cones, and beads. Burial jewelry included two columella shell bead necklaces, one with a brass gorget, and a columella shell bead bracelet. Based on the nature and abundance of artifacts buried with the Sauratown Woman, researchers concluded that she occupied a position of high status within her matrilineal society. 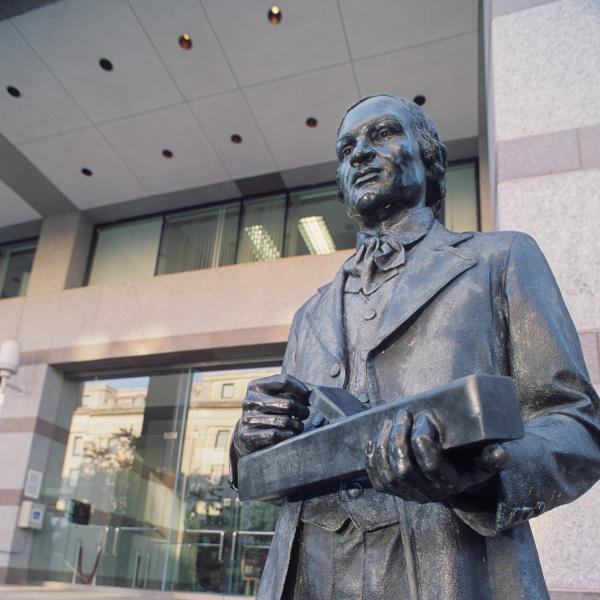 Thomas Day practiced the art of cabinetmaking in Milton, a town in Caswell County near the Virginia border, during the first half of the nineteenth century. Day was born in Virginia and moved with his parents and brother to Warren County, North Carolina, in 1817. He is perhaps North Carolina's most unique and well-known cabinetmaker. Thomas Day was a free African American who, through his skills and personal endeavors, became one of the most prolific producers of furniture in the state during the antebellum period. Day accomplished this even though the enslavement of African Americans and restrictive laws against free blacks characterized the society in which he lived. Because of his craftsmanship and outstanding character, Day gained acceptance by the white population. In 1850 he operated the largest cabinet shop in the state, and before his death around 1861, he had successfully mechanized his operations by adapting steam-powered equipment to his shop. Day furniture and architectural elements are marked by his unique interpretation of popular Victorian furniture styles.