The Tar Heel Junior Historian Association held its 2014 Annual Convention on April 25 at the North Carolina Museum of History in Raleigh.


In a morning ceremony, Jessica Pratt, THJHA program coordinator, welcomed attendees and made announcements. Junior historians jumped in for a Convention Day “selfie” that was shared on the THJHA Facebook page. Members from the Grace Prep History Crusaders club, of Grace Christian College Prep Academy in Knightdale, led attendees in singing North Carolina’s state song, “The Old North State.” The Raleigh club We ARGH! was named the winner in the THJHA Club T-Shirt Contest. This year’s attendance numbered over 450 junior historians, advisers, and family members. 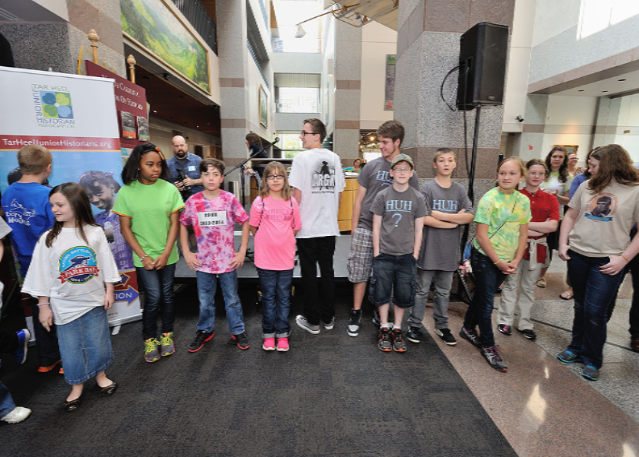 Students heard from former NFL Offensive Lineman Marques Ogden about those who made a difference in his world and how he gives back today in the workshop Making a Difference in Sports. In the Family History workshops, junior historians learned about using the things all around them to help uncover the past—specifically their own history. Participants in the Let’s Get Symbolic! workshop can not only name the state dog and bird, but they got to be the Plott hound and the cardinal with their crafted face masks. In Backyard Birds students saw a demonstration of common methods used by scientists to learn about North Carolina birds. Junior historians were invited to Join the Flock when they learned how people have impacted bird populations in our state and how planting native plants can have a positive result. Some students were invited to go Behind the Scenes at the State Capitol to see hidden rooms and spaces not often viewed by the general public. In North Carolina’s Hurricane History junior historians got to see the difference between hurricane category designations and learn about the storms of our state’s past. While exploring the Cedars in the Pines exhibit, attendees learned about the immigration of people from Lebanon to North Carolina and some of the contributions they have made to the state. Stagville: Black & White included a tour of the gallery with photographer Brenda Scott, who shared her inspiration and techniques for photographing historic places. 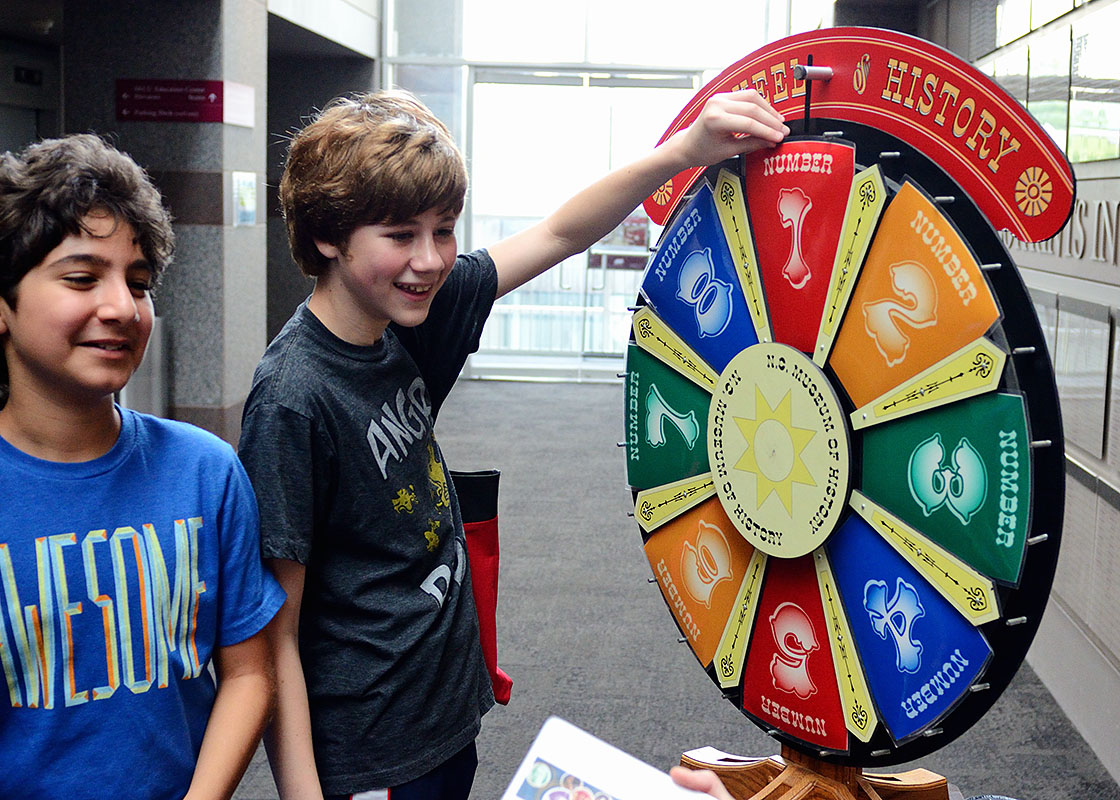 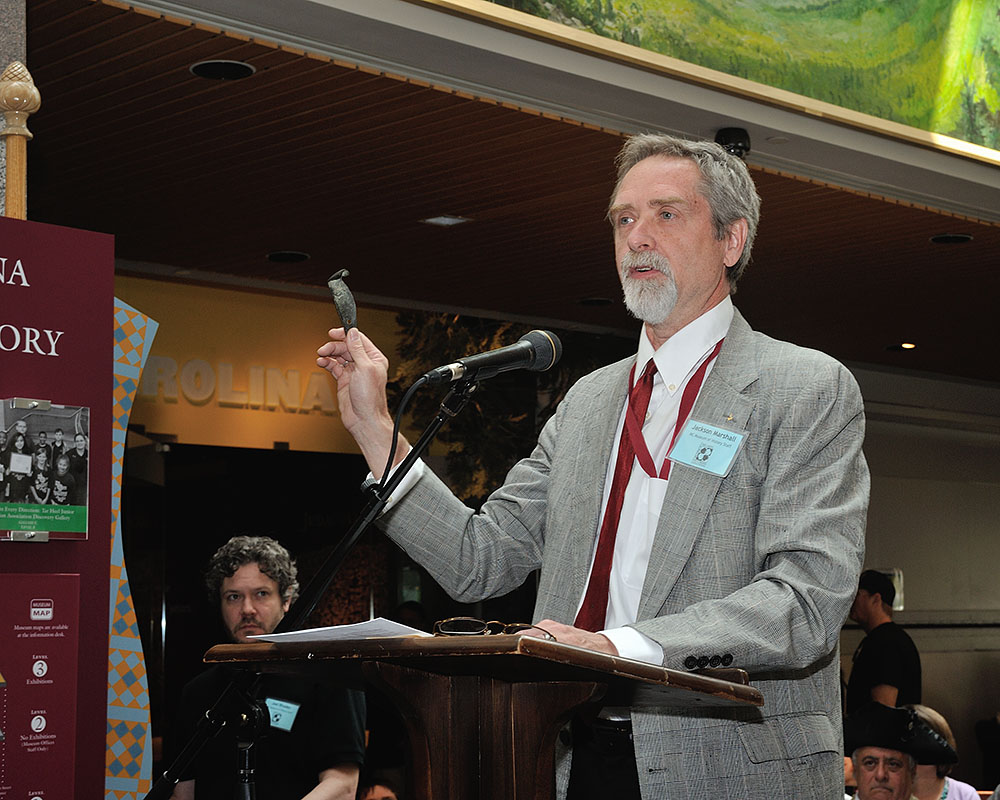 In the afternoon everyone convened in the museum lobby. Jackson Marshall III, associate director of the North Carolina Museum of History, addressed the students and commended them for their important work of studying and sharing our state’s history. Everyone was eager to learn who would win the top prizes in the 2014 THJHA Annual Contests.

Click on the headings above for descriptions and images from the 2014 convention!