The Tar Heel Junior Historian Association held its 2015 Annual Convention on April 24 at the North Carolina Museum of History in Raleigh. 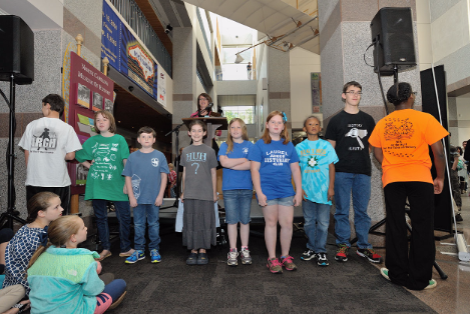 In a morning ceremony, Jessica Pratt, THJHA program coordinator, welcomed attendees and made announcements.Members of the SMH Over History club from the Smith-McDowell House in Asheville led attendees in singing North Carolina’s state song, “The Old North State.” The Homeschool History Sleuths club from Mecklenburg County was named the winner in the THJHA Club T-Shirt Contest. This year’s attendance numbered over 400 junior historians, advisers, and family members.


In 2015 Annual Convention workshops, students explored the topics of Remembrance and Movement of People, Goods, and Ideas. Primary sources and museum exhibits were also included in many sessions. Click on the Workshops heading for photos and a description of each workshop offering. 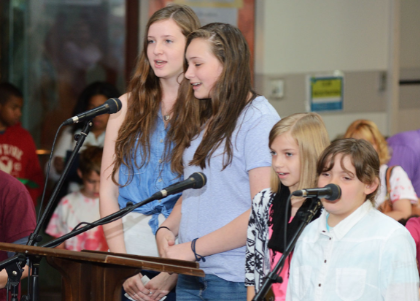 In the afternoon everyone convened in the museum lobby. Dr. Kevin Cherry, former junior historian and deputy secretary of the Department of Cultural Resources, greeted students.

Jackson Marshall III, associate director of the North Carolina Museum of History, gave examples of how lessons of history are handed down and discussed the importance of the junior historian program in creating torch bearers for historical research and knowledge. Everyone was eager to learn who would win the top prizes in the 2015 THJHA Annual Contests.