The Tar Heel Junior Historian Association held its 2016 Annual Convention on April 29 at the North Carolina Museum of History in Raleigh. 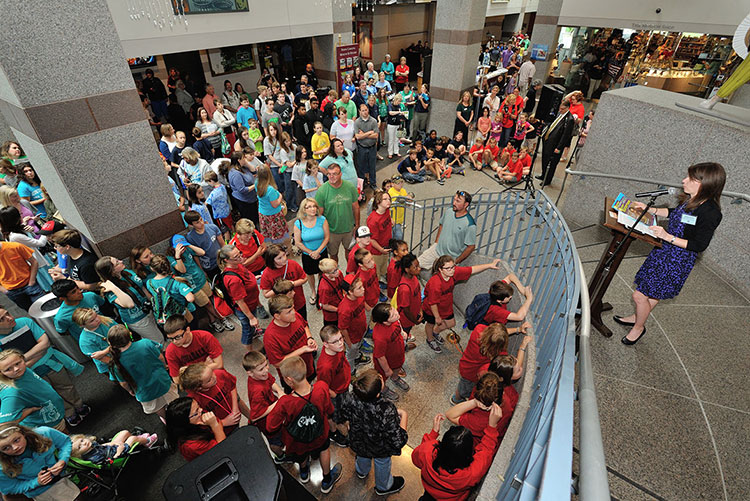 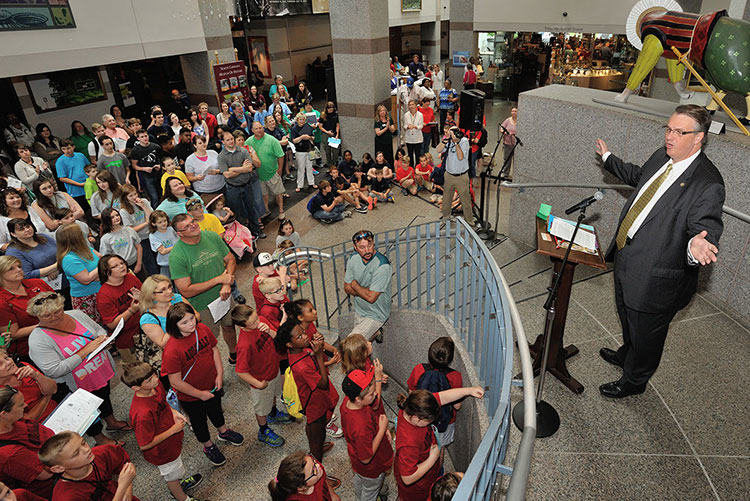 And Dr. Kevin Cherry, Deputy Secretary for the state’s Archives, History, and Parks and former junior historian, led everyone in reciting the State Toast. 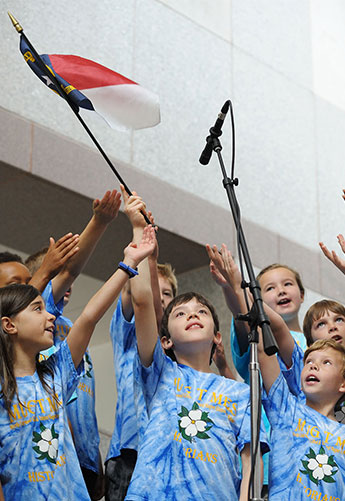 A member of the Morehead Elementary School Junior Historians was named the winner in the THJHA Club T-Shirt Contest. This year’s attendance numbered over 300 junior historians, advisers, and family members. In 2016 Annual Convention workshops, students explored the topics of Agriculture Then and Now and Say What? How Our Words Define Us. 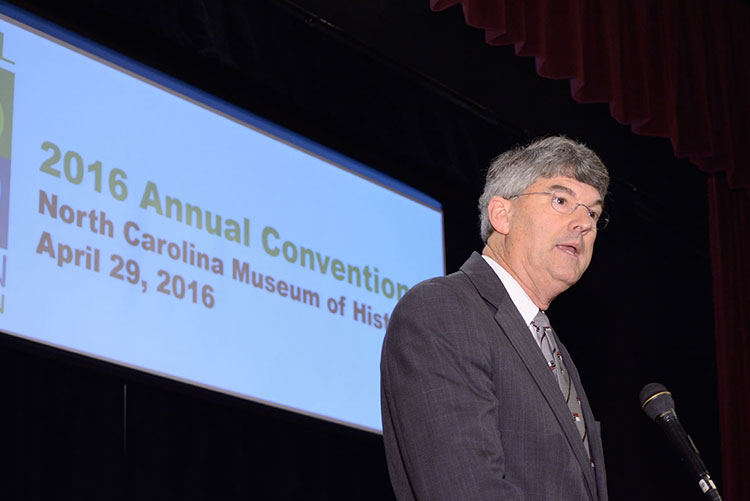 In the afternoon everyone convened in the museum’s auditorium. Museum Director Ken Howard welcomed the students and commended them for their important work of studying and sharing our state’s history. Everyone was eager to learn who would win the top prizes in the 2016 THJHA Annual Contests