Skip to main content
Home / (SOLD OUT) Paths to Leadership: An Evening with Stedman Graham and Robert J. Brown

(SOLD OUT) Paths to Leadership: An Evening with Stedman Graham and Robert J. Brown 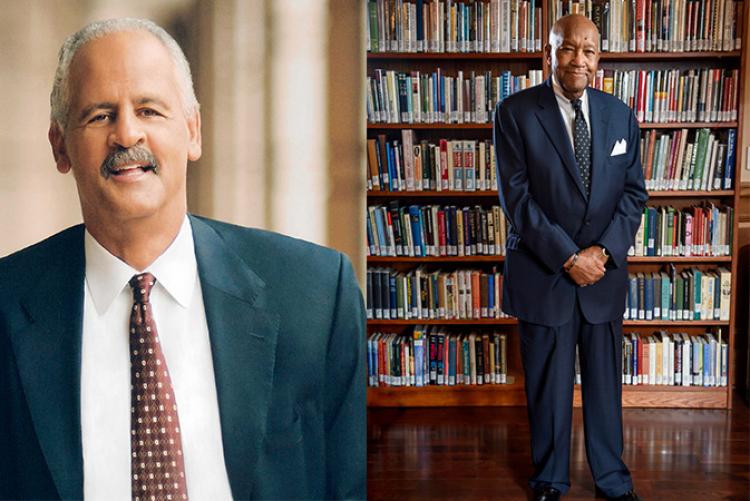 $10 for General Admission/$5 for MOHA/museum members

Join us in welcoming this distinguished duo as they reminisce about working together and discuss their approaches to leadership. After the lecture, meet them as they sign copies of their recent books, which are available for purchase from the Museum Shop.

“A civil rights icon and a legend in American history… I will always be grateful for his friendship and advisement.  I admire his selfless commitment for the betterment of this world.”
- Alphonso Jackson, Secretary of the Department of Housing and Urban Development under President George W. Bush

“A hero, model, and mentor to millions around the world. His life story is a testimony to the extraordinary influence and impact of a leader who commits all his resources to helping others.”
- Dr. Nido R. Qubein, President, High Point University

Proclaimed a “world-class power broker” by The Washington Post, Dr. Robert J. Brown has a lasting legacy as a civil rights icon and internationally known businessman. As a close friend of Martin Luther King, Jr., confidant to the Nelson Mandela family, campaigner for John F. Kennedy, and special assistant for Richard Nixon, Brown’s resume reads as a “Who’s Who” of national and international diplomacy.

During his illustrious career, New York Times best-selling author Stedman Graham has worked with and inspired well-known figures like Maya Angelou, Winnie Mandela, and Oprah Winfrey. Protégé of Dr. Robert J Brown, Graham is chairman and CEO of S. Graham & Associates, a management, marketing, and consulting firm based in Chicago, and has published 12 business and self-help books, including Identity Leadership: To Lead Others You Must First Lead Yourself, and You Can Make It Happen: A Nine Step Plan for Success.