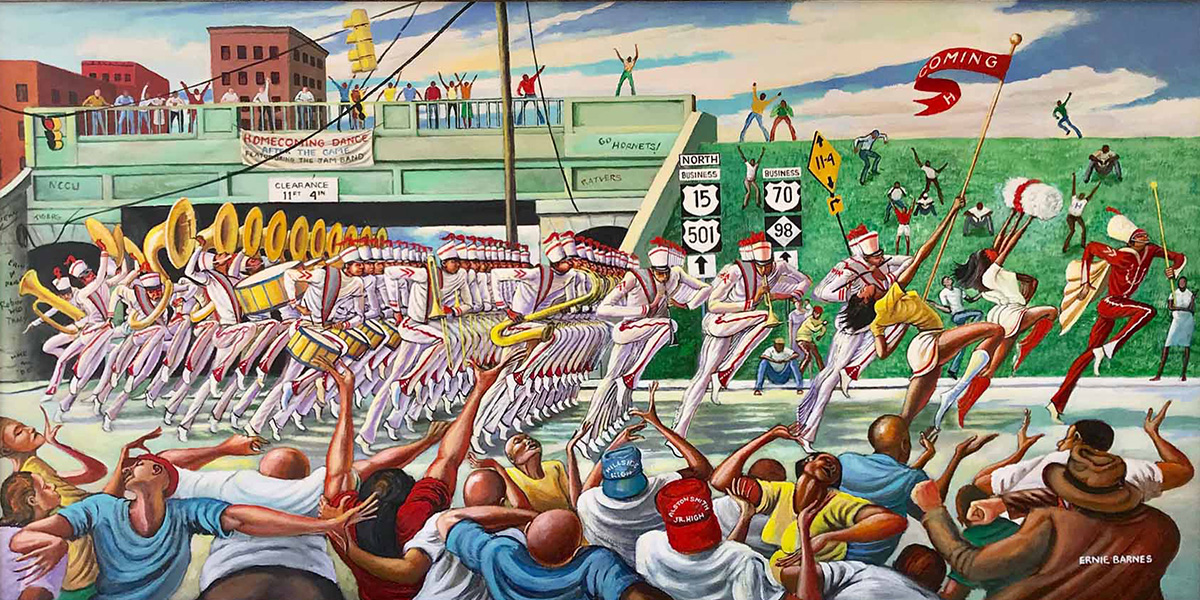 This exhibition showcases many unpublished Ernie Barnes original paintings, as well as artifacts from his life. Barnes was born and raised in Durham, North Carolina. After five seasons as a professional football player, he retired at age 27 to pursue art.

In his prolific body of work, Barnes chronicled his personal experiences with football, music, dance, love, sports, education, church, and the South. Widely-known as the real painter of the artwork in the groundbreaking African-American sitcom Good Times, Barnes' style has been widely imitated. It is best exemplified by his iconic Sugar Shack dance scene that appeared on a Marvin Gaye album cover and in the closing credits of Good Times. This painting, "The Sugar Shack," was inspired by an actual dance at the Durham Armory.

Barnes is best known for his unique style of elongation, energy, and movement. Affectionately nicknamed “Big Rembrandt” by his teammates, he is the first professional American athlete to become a noted painter.

“Although I never got a chance to meet Ernie in person, I was so honored to be able to work on this exhibit- because now I feel like I do know him,” said exhibit curator Katie Edwards. “He was a remarkable human being who defied odds and became a renowned artist.  This exhibit is an amazing opportunity for the state of North Carolina.  It’s a chance for visitors to see a number of Ernie’s works that he painted throughout his life and see the impact that the state had on him and his career.”

Born July 15, 1938, Barnes grew up in Durham (Durham County). Shy, sensitive, and bullied throughout childhood, he sought refuge in his sketchbooks and eventually transformed his body and attitude through exercise and discipline. In high school, Barnes excelled as an athlete. By his senior year at Durham’s Hillside High School, he became the captain of the football team and state champion in the shot put.

Barnes was selected in the 1960 National Football League draft by the Baltimore Colts. After five seasons as an offensive lineman for the San Diego Chargers and Denver Broncos, he retired in 1966 at age 28 to devote himself to art. He settled in Los Angeles, where he died of cancer at age 70 on April 27, 2009.

“The family is proud to kick-off Ernie Barnes’ 80th birthday here in his home state with his first public exhibition in 11 years,” said Luz Rodriguez, Barnes' longtime assistant and estate trustee. “I hope his fans -- and those new to Ernie Barnes -- discover more about his extraordinary career.  His unique journey is inspirational and important to American culture.” 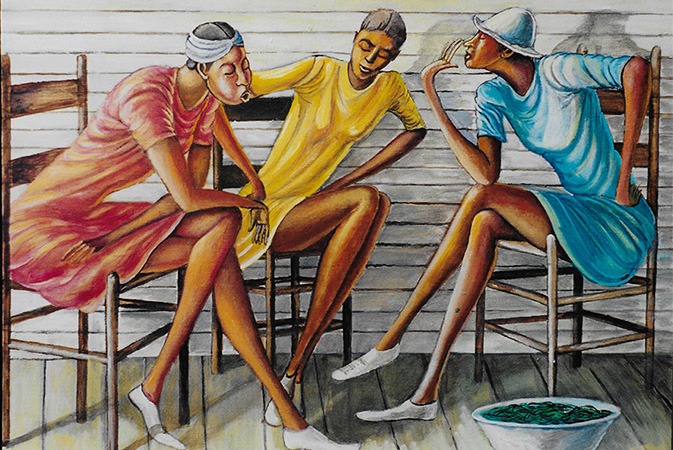 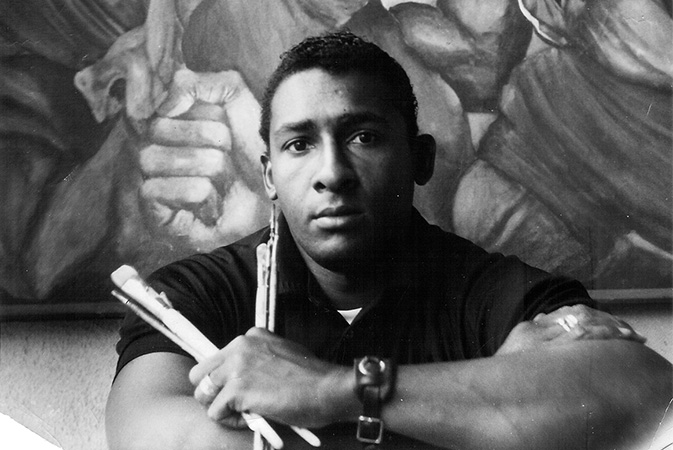