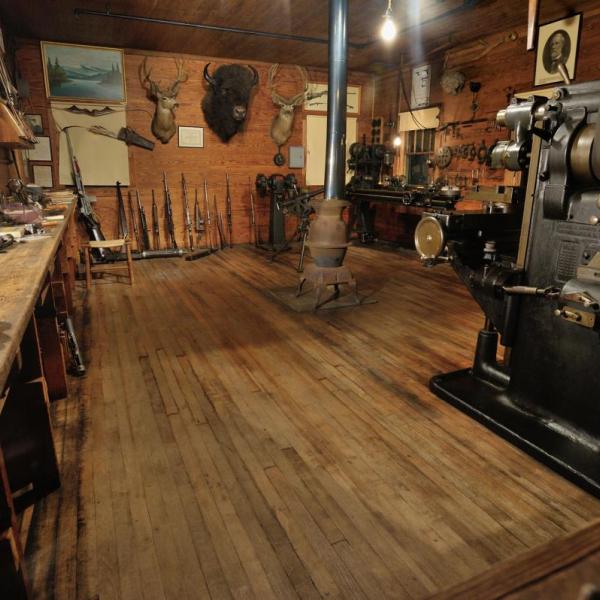 The workshop of this famous inventor contains examples of his weapon innovations and information about his life.

See the original workshop of David Marshall Williams, better known as Carbine. The self-taught gunsmith from North Carolina helped design the U.S. Carbine, Caliber .30, M1, which became a favorite weapon of American forces in World War II, the Korean War, and the early years of Vietnam. General Douglas MacArthur called the M1 carbine “one of the strongest contribution factors in our victory in the Pacific” during World War II.

The one-room workshop includes nearly 3,000 artifacts. A myriad of tools, drawings, guns and other items remain a testament to Williams’s drive and ingenuity. The gunsmith contributed several key inventions that helped the United States military through the Great Depression and World War II. Before his death in 1975, Williams received 40 patents for his gun inventions. 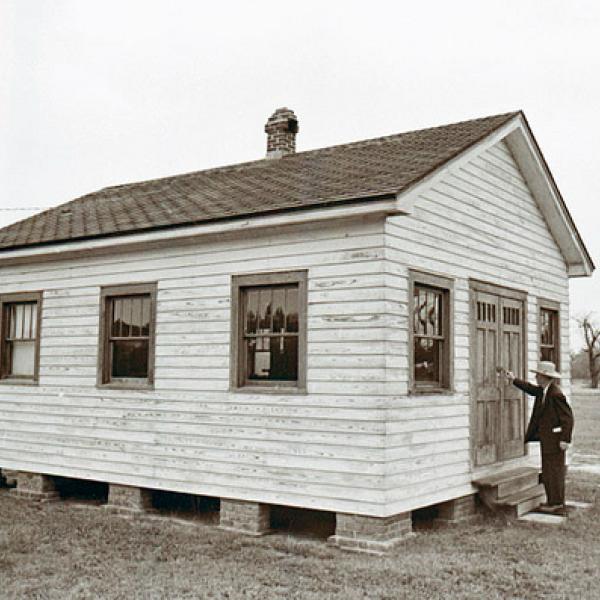 The dramatic twists and turns of Williams’s life proved as fascinating as his inventions. The drama began in 1919, when he began making moonshine whiskey near his home in Godwin, Cumberland County. The 19-year-old quickly gained a reputation for the quality of his whiskey. However, a raid on his still in 1921 changed his life forever. The moonshiner got into a shoot-out with law enforcement officers, and a deputy sheriff was killed. Williams was convicted of second-degree murder and began serving a 30-year sentence in North Carolina prisons.

"You will never know how many thousands of times I thought and rethought these ideas while hurting in that box." 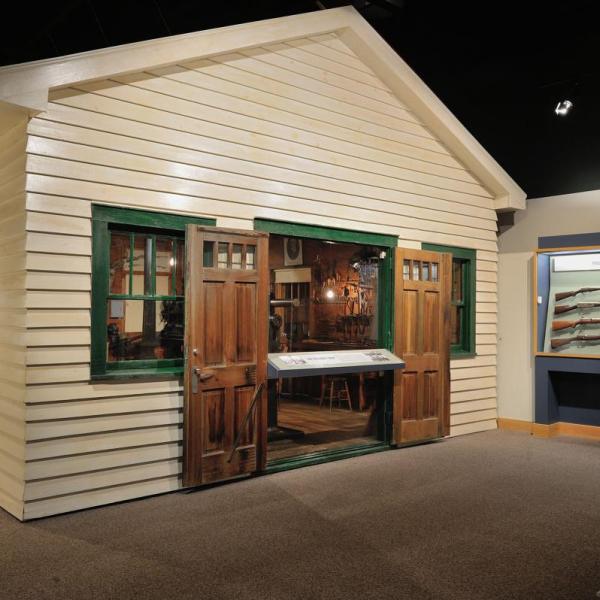 Later, while working in the prison blacksmith shop, he used scrap iron and wood to make gun parts. His clever inventions impressed the warden, who allowed him to continue his work. Here, Williams developed the floating chamber and short-stroke piston, inventions that brought him attention in the press.

The first gun Williams made in prison is included in the museum exhibit. The rifle, made with scrap iron and a wooden fence post, featured a floating chamber. Another prison-made rifle, also in the exhibit, has a short-stroke piston and a floating chamber.

After his early release in 1929, Williams returned to his family farm in Godwin and built his workshop. He spent the next 40 years, with the exception of four years employed by Winchester Repeating Firearms Company, refining his inventions.

While at Winchester, he helped develop the M1 carbine on the eve of World War II. The carbine’s key part was the short-stroke piston. The rifle was three pounds lighter than the infantryman’s M1 Garand rifle and offered comparable range and accuracy.

In 1971 Williams donated the contents of his workshop to the N.C. Museum of History. The workshop was previously on exhibit in the Archives and History/State Library Building, the former home of the N.C. Museum of History. However, this popular attraction could not be moved to the museum’s new building in 1994. In response to overwhelming interest in the workshop, the museum reinstalled it in the exhibit.