The Story of North Carolina 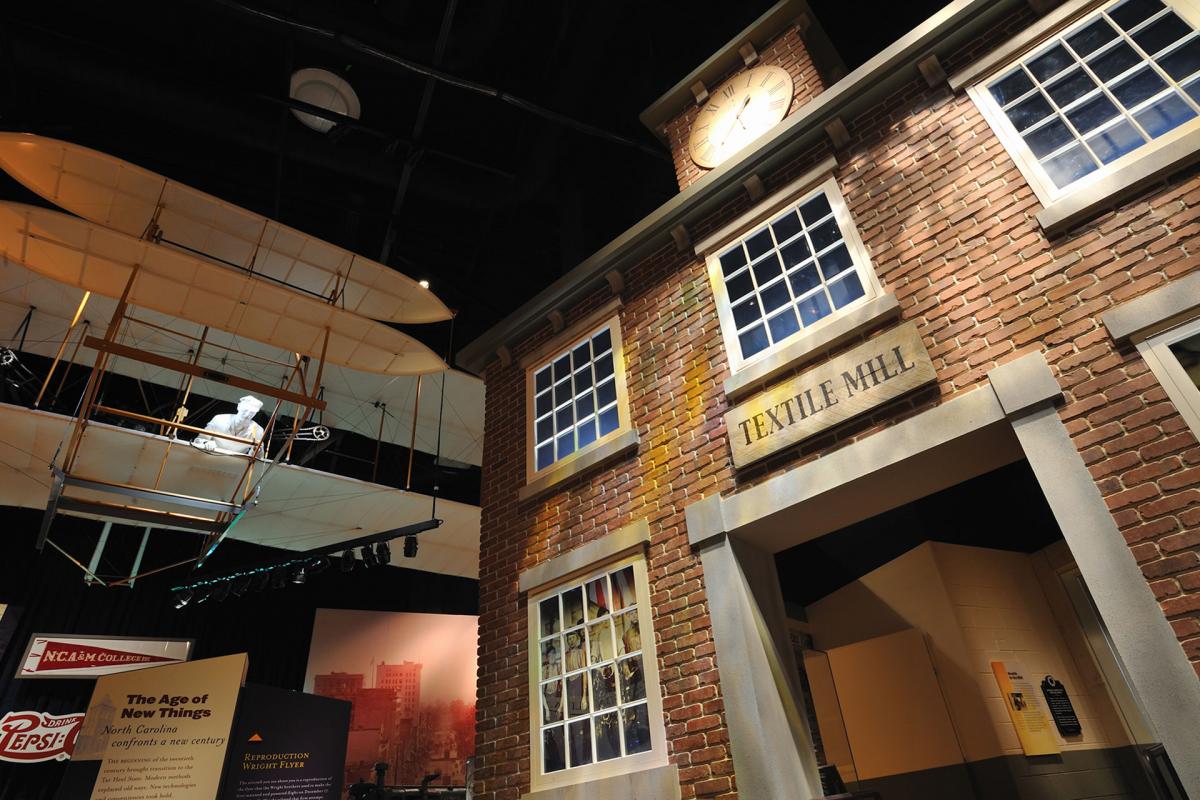 The Story of North Carolina, the largest exhibit ever produced at the N.C. Museum of History in Raleigh, opened to rave reviews in 2011. This permanent exhibit traces life in North Carolina from its earliest inhabitants through the 20th century. Admission is free.

More than 14,000 years of the state’s history unfold through fascinating artifacts, multimedia presentations, dioramas, and hands-on interactive components. Additionally, two full-size historic houses and several re-created environments immerse museum visitors in places where North Carolinians have lived and worked. Yet the heart of The Story of North Carolina focuses on the people — both well-known and everyday citizens — who shaped the Tar Heel State.

"This engaging, interactive exhibit encourages visitors of all ages to see, hear and experience the state’s history. We believe that visitors come away with a deeper understanding and appreciation of the people and events in North Carolina." - Ken Howard, Director of the North Carolina Museum of History

Highlights in the first part of The Story of North Carolina include American Indian life, European settlement, piracy, the American Revolution and early 1800s farm life. The exhibit continues through the antebellum era, the Civil War, the rise of industry, the Great Depression, the two World Wars, and the Civil Rights movement.

Can’t make it to the museum in person? Check out this 360˚ tour of our largest exhibit! Click on the large white circles to move through the space, and use your mouse or your arrow keys to maneuver around. You can view full screen, zoom in, and spin around, too. Be sure to keep an eye out for some of our staff. They’re waiting throughout the exhibit to introduce you to new sections as you “stroll” through.

The North Carolina Museum of History Foundation received funding for these virtual tours in an NC CARES: Humanities Relief Grant from the North Carolina Humanities Council, nchumanities.org; funding for NC CARES was provided by the National Endowment for the Humanities (NEH) as part of the Coronavirus Aid, Relief, and Economic Security (CARES) Act economic stabilization plan.

In this exhibit, you'll find:

Interactive experiences appear throughout the exhibit. In a re-created weaving room of an early 20th-century textile mill, for example, visitors can watch the lint fly, hear the ear-piercing machinery and feel the vibrating floor. The exhibit’s hands-on format appeals to all ages. Video presentations delve deeper into subjects such as secession, Reconstruction, and the Wilmington Race Riot.