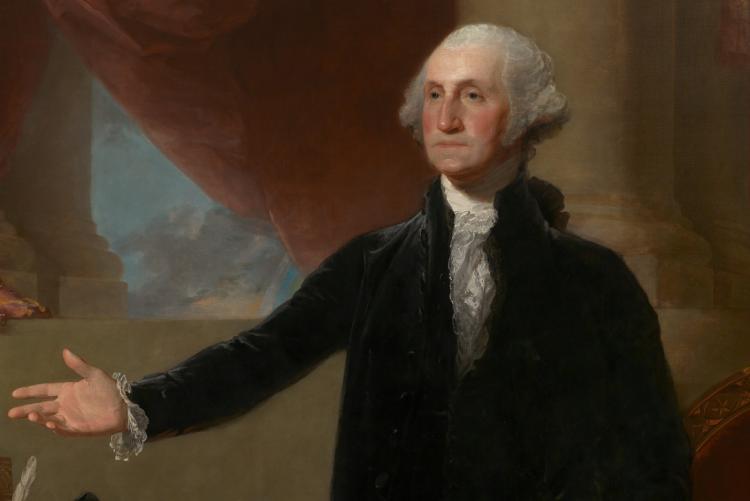 Presented by the North Carolina Society of the Cincinnati

What led to the conflict, and what did it accomplish? The American Revolution secured our independence, created our republic, defined our national identity, and committed the nation to high ideals that have shaped and defined our history. “The task of our generation is to persuade Americans to rededicate our nation to the high ideals of our Revolution—a task that begins with cultivating understanding and appreciation of the achievements of the Revolutionary generation,” Warren says. “This is a challenging task in our time of distractions, competition, striving, and division, but the stakes are very high.” Join this program, as Warren explores the importance of the American Revolution in the 21st century and shares how the ideals and institutions of liberal democracy—shaped by our Revolution—cannot survive without informed citizens who cherish our history and strive to fulfill those ideals.

He was recruited from academic life by Society leaders in 2002 and has been Executive Director since 2004. In that role he oversees the Society’s American Revolution Institute, which includes a major special collections library dedicated to the Revolution, museum exhibitions, public lectures, and an education program that supports effective teaching on the American Revolution and advocates for more resources, time, and attention for the Revolution in our schools.

ABOUT THE NORTH CAROLINA SOCIETY OF THE CINCINNATI

The North Carolina Society of the Cincinnati was founded in Hillsborough on October 23, 1783, one of 13 societies organized in the closing days of the Revolutionary War by officers of the American army. Their descendants constitute the present membership. In addition to societies in each of the original 13 states, a 14th society was subsequently organized in France. The nonprofit’s state headquarters is now in Raleigh, at 2511 Fairview Road.

The international headquarters of the Society of the Cincinnati and its American Revolution Institute, located at Anderson House on Dupont Circle in Washington, D.C., are dedicated to preserving and providing access to one of the world's great collections of books and manuscripts as well as a remarkable collection of art and artifacts illuminating the history of the War for Independence.

The society was named for Lucius Quinctius Cincinnatus, an ancient Roman general who, like George Washington, the society’s first President General, voluntarily surrendered his military authority and returned to his farm.

As the oldest military hereditary organization in the nation, the society’s mission is to perpetuate the sacrifices and ideals of those who founded the United States of America by supporting historical publications, educational programs such as the American Revolution Lecture Series at the North Carolina Museum of History, and preservation efforts relating to the Revolutionary War era.