The Stories of North Carolina—Past Lives 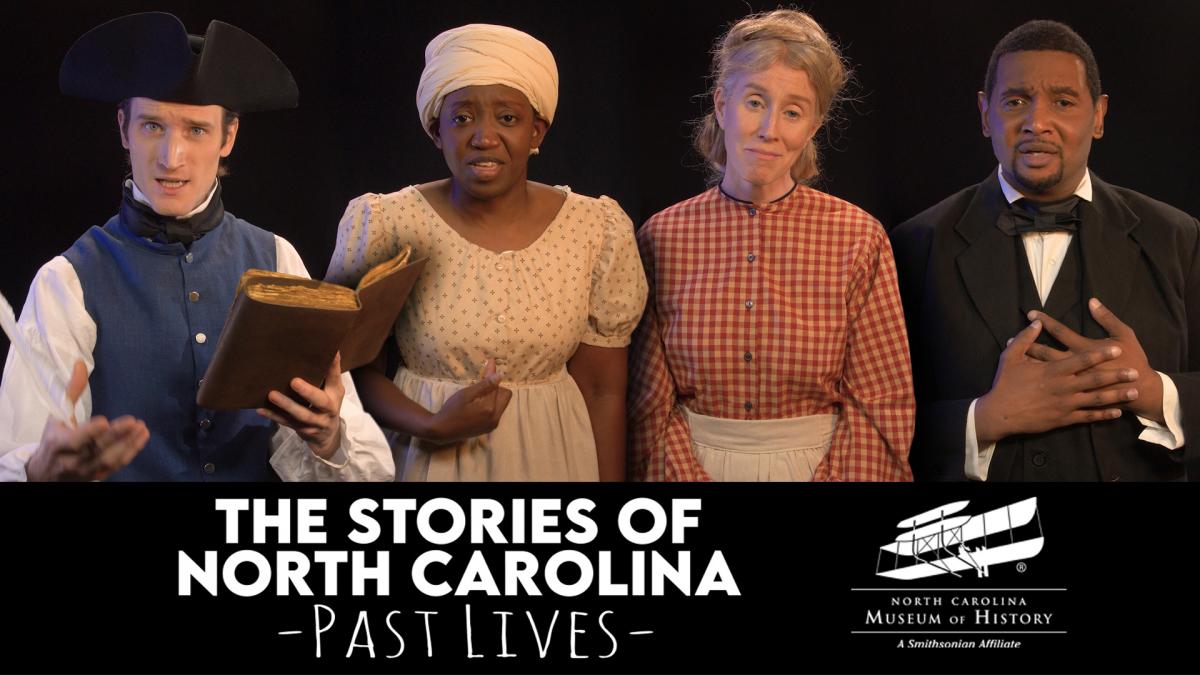 Made for the 360° Student Tour of the museum’s exhibit, The Story of North Carolina, these seven short narrative films are based on primary sources sharing the experiences of individuals from North Carolina’s past. Watch them all or choose where to begin your video adventure.

John Lawson, 4 minutes. Lawson was an early English explorer, naturalist, and author of A New Voyage to Carolina (1709). He traveled extensively in the new colony.

The Robson House Women, 10 minutes. The women featured in this video lived in the Robson-Moore-Whichard-Taylor House, an actual house from Pitt County that is in the exhibit. Dating back to 1742, it was home to many people for more than two centuries. Sarah Robson lived here in the late 1700s. Nanne, an African American woman, was enslaved by the Moore family, who lived here in the early 1800s. Mary Whichard lived in the house in the mid-1800s. Amanda Taylor lived in the house in the early 1900s.

Harriet Jacobs, 5 minutes. Jacobs was an enslaved woman from Chowan County who escaped from her abusive enslaver and hid in her grandmother’s tiny attic for seven years to stay near her two children. In 1842 she escaped north and became active in the abolition movement. In 1861 Jacobs published a book about her experiences titled Incidents in the Life of a Slave Girl.

George Moses Horton, 4 minutes. Horton had a great talent for poetry. When his enslaver sent him to Chapel Hill to sell produce, this self-taught author soon found a market for his poems among the White college students there. Admirers helped Horton produce two books, including The Hope of Liberty (1829), the first book by an African American published in the South.

Anna Julia Cooper, 5 minutes. Cooper was born enslaved in 1858. She began attending Saint Augustine’s Normal School and Collegiate Institute in Raleigh at age nine and went on to become a teacher. She was also author of A Voice from the South: By a Black Woman of the South and the fourth black American woman to earn a Ph.D.

George Henry White, 6 minutes. George Henry White represented North Carolina’s Second District in the United States House of Representatives between 1897 and 1901. He was the last Black congressman elected from the South before the onset of Jim Crow segregation.

The Great Depression, 10 minutes. The economic pressures of the Great Depression affected all North Carolinians as they went about the ups and downs of their normal lives. Hear from a New Bern teacher Bern, a Pitt County farmer, a Roebson County farmwoman, and a Chatham County Textile Mill Worker.